"If you're willing to let a single image decide for who you are, let that image be the best thing you've created!"

Since the day mankind started evolving, humans have been known to grasp knowledge by forming images in their minds. The human brain functions in such a way that it forms images of the people we see, the names we read, and almost everything else that we do. And we've been known to judge books by their covers.

More so, for centuries together, the term ‘logo' has been imbibed in the man's mind to be something that is used to represent an entity. A logo for an industry or a brand marks the essence of what it stands for and stays in the hearts of millions of people. Thus, it makes it imperative for your brand to actually think your logos through.

Geometry in logo designs has been an art for hundreds of years, and we've brought to you a few interesting facts about how the use of vectors and geometry has been changing logo design.

We've heard that almost everything in this world has a reason and a story hidden behind it. So is the case with the use of circles in geometric logo design. A circle, in the world of liberal arts, has a variety of meanings. 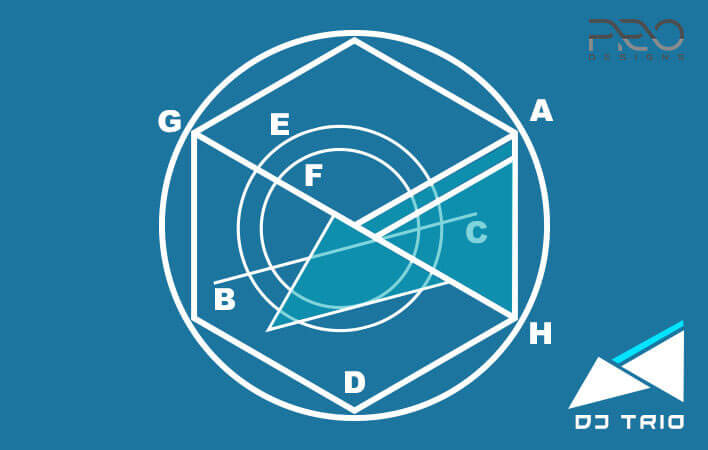 For some, a circle in a logo design works as a portal into a new world.  While for others it is a representation of togetherness and wholeness.

Mastercard’s famous two-circles-joined logo has played an extremely crucial role in establishing its position in the minds of millions of people across the globe. The two interlocked circles represent vitality (the red one) and happiness & prosperity (the ochre one)!  It is interlinking between how the company plans to link "changing lives", with how they function.

Circles, in general, have played an important role in how geometry is manipulated into forming brilliant ideas. Consider the example of the Olympics Logo. They've used different colored rings, and linked them together, to bring out the unity and coalesce between people from different nations.

The next time, thus, you come across a circle in a logo, look carefully for there might be a story behind it!

Stars and spirals, two of the fundamental design patterns for brands from across the Globe! There is a link between the two that not many people know of. But Sh.! We wouldn't want the world to know that there's a love spiral going on between them. Multiple embedded rotations of the star's triangular arm can be scaled to smaller and smaller sizes and their outline traced to create a spiral. This shape's ability to rotate itself at smaller or greater scales consistently and infinitely speaks to the principle of regeneration.

Regeneration has been one technique used by a number of different companies for their brand logos, including the very famous Apple logo alleged to be associated with the same principle. 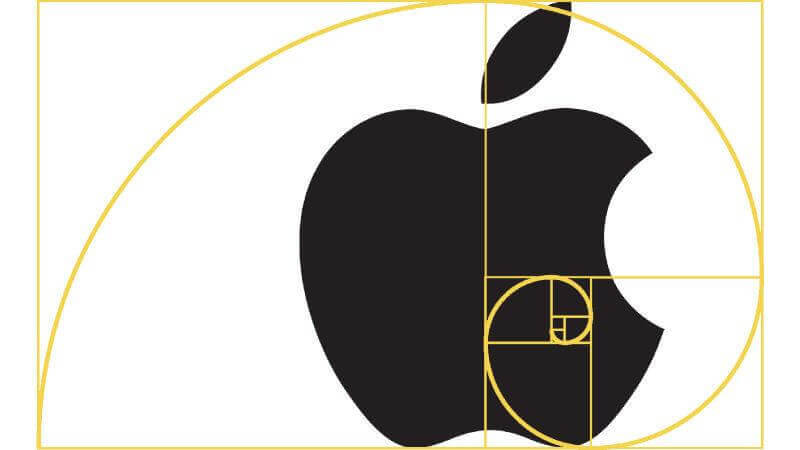 Squares, the power of the man-made

Squares have always been huge parts of almost every major logo ever created. From their usage in the form of grids for canvases, to actually using multiple squares in a single image; squares have been around the block!

Squares, unlike their circular or oval counterparts, represent sturdiness, rigidness, efficiency, and balance. In logo design jargon, if circles are termed to be symbols of naturalism, squares have been known to be their anti-thesis, i.e. man-made and with a degree of thought and engineering. A lot of corporate giants have had their logo designs with squares in the picture, including American Express, Microsoft (the latest version of their logo), NeXT, GAP, and many more.

They've been known to represent the power of stability and proportion.

Steer clear of the triangles

In the world of design, it is believed that triangles have marked as symbols that signify growth, and agenda! Take for instance, the logo of Delta Airlines: the Triangular Delta symbol right beside the text signifies growth, power, and agility (although it also represents the Greek letter Delta, which signifies Science, Math, and Finance). Our point being, if you're looking towards making a logo design, which signifies friendliness and approachability, you should rather steer clear of the triangle.

But, as they say, with Geometry and Design, even the toughest of challenges seem simple enough. If you're too insistent on using a triangular logo while still trying to be friendly, you should learn from the famous tech giant Google. Consider the Google Play logo. They've used a triangle in their logo, but to keep their approachability alive, they've rounded off the corners.

With this, we believe it'll suffice to say that Geometry is a field vast enough to actually bring to life the ideas that people try to convey. And logo design is more than just ‘art' it is the power of being able to use scaling, sheering, and the likes to make something that is actually worthwhile for the world to see!

Who would have thought that logo design could be this intriguing!

Nidhi is working as a content and brand strategist at ProDesigns - a graphic design company, recommending strategies to meet customers’ goals and deliver a superior user experience. She provides content leadership, ensuring that a consistent brand message is delivered to the audience.
Contact