It is a fact that a great logo is a powerful marketing tool. It not only gives recognition to the brand but also speaks volumes about what the brand stands for and what its values are. A logo should be able to grab the attention of the viewers instantly and hold it. A great logo has an immediate impact on consumers and helps in brand penetration and recall. It assists them in reminding consumers about the brand when they are making a purchase and giving recommendations.

This is the reason why brands think a lot before designing a logo. It is crucial to give attention to every minute detail of the logo – from color to icons and font. From Nike’s Swoosh to FedEx’s arrow, history has seen many logos making a mark of the brand with their memorable and timeless design. Designing an effective logo is difficult and has subjective interpretations. This means that while designing a logo, things might not be visible to the team, but consumers may notice them. This may result in money lost due to the launch of unsuccessful redesign and also potential loss in revenue.

In this blog, we have listed 5 logo redesigns that went completely wrong with the people. These logo redesigns will be helpful to you in understanding the things you should be careful of while you design or redesign your logo. 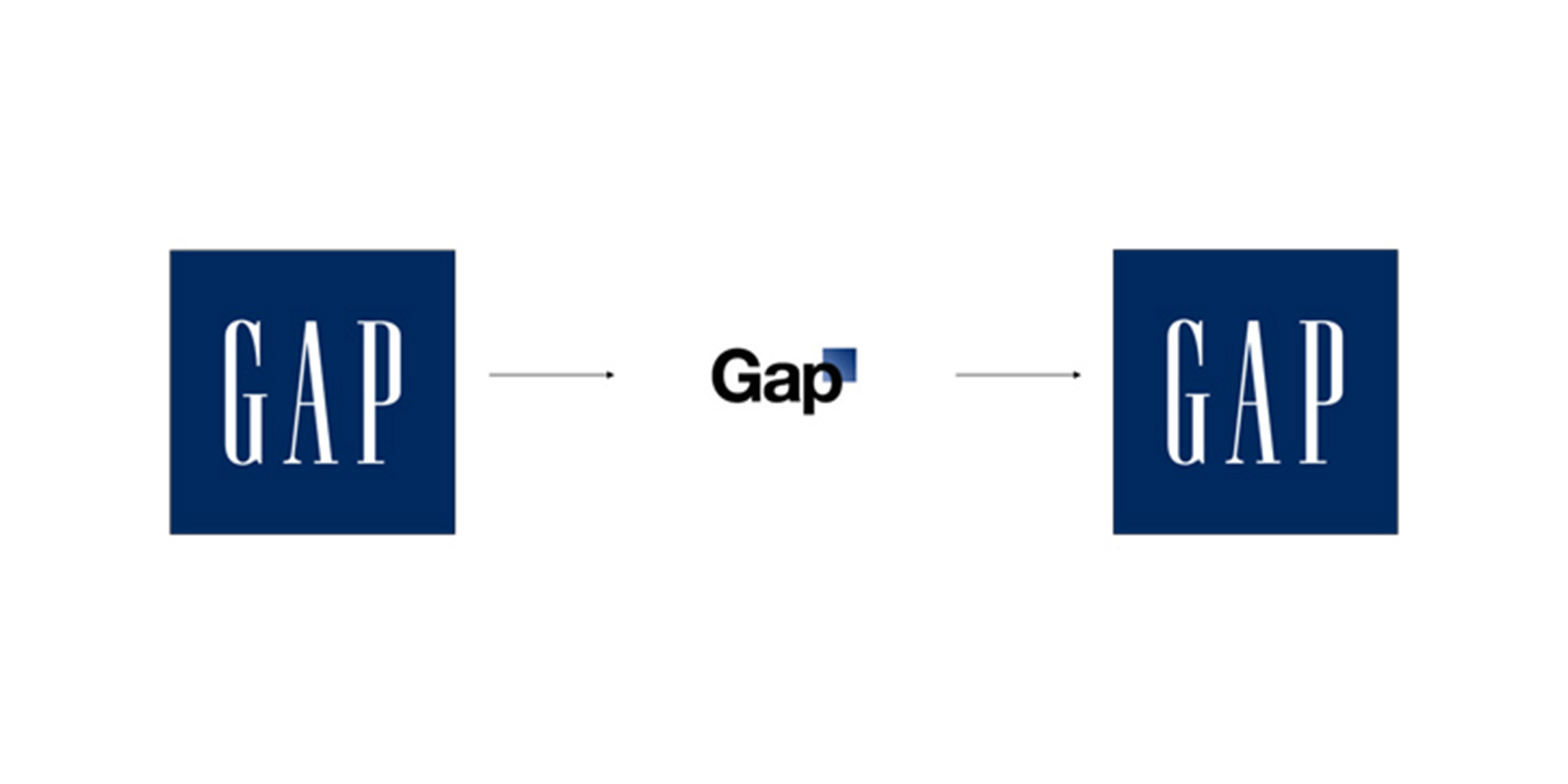 The initial GAP logo had created a brand identity in the market from over 20 years of its existence. The logo had recognition, conveying a sense of simplicity and style. In the logo, the name spelled out in all caps inside a blue box, which was considered classic and very American. It had a loyal customer base having an association with the brand for almost two decades.

In 2010, GAP decided to change its logo. The new logo was replaced with the word Gap in bold font with a blue square at the right fading from light blue to dark blue. Having been known for its original logo, the audience reacted negatively to the new logo.

Six days after the logo change was made, GAP returned to its original, bold, and beautiful logo. This was a quick and costly change for GAP, which cost the brand a total of $100 million! 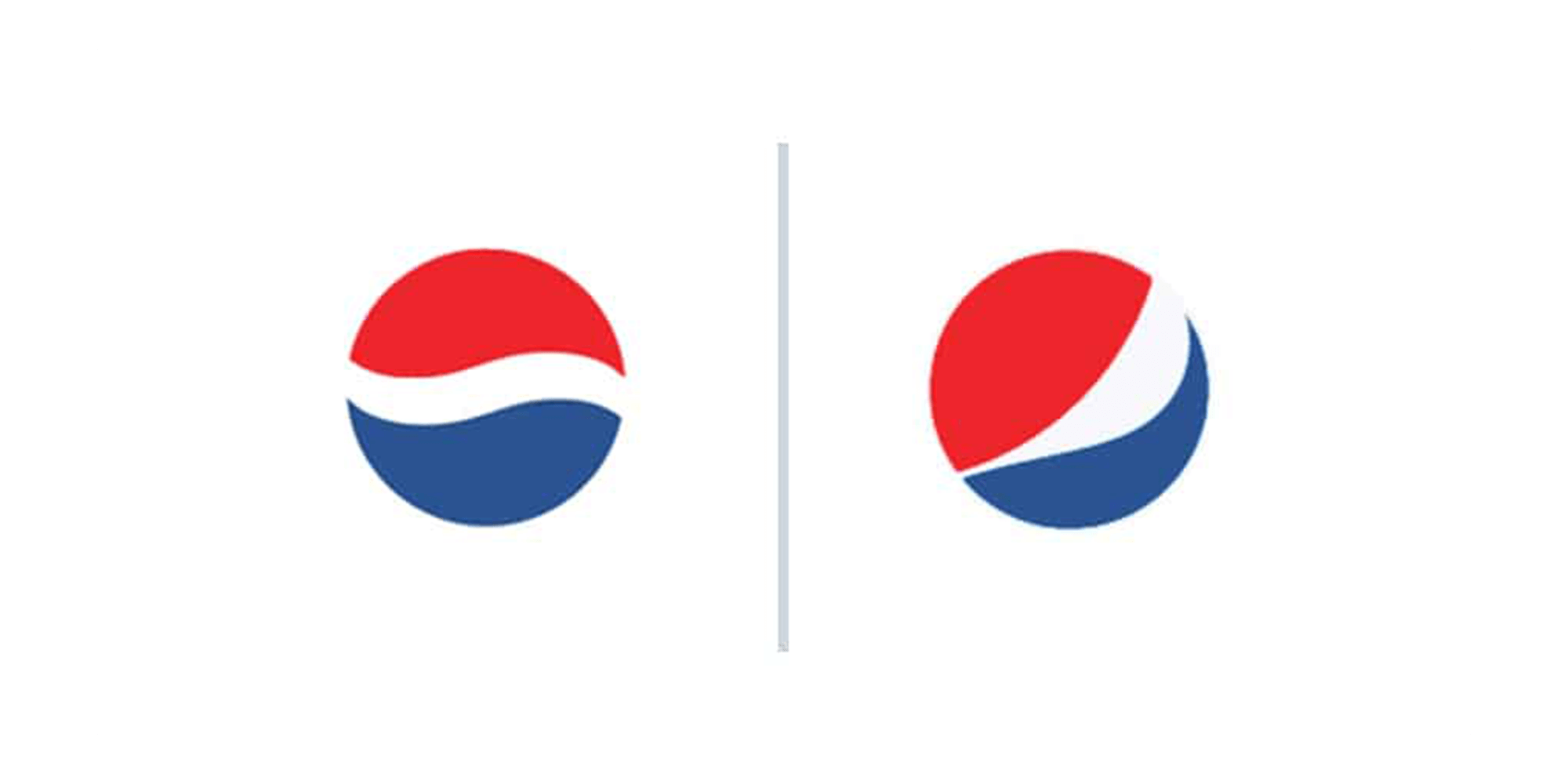 In 2008 Pepsi’s logo underwent a significant change. The current logo has a design that gives an impression of a smile. There is a swirl in the middle of the spherical shape of the logo. The swirl separates the upper disk of the logo from the lower one.

The new logo cost the company $1 million, revamped by New York-based Arnell Group. Despite spending this much money, the new logo did nothing good for the company. The upward tilt in the design was meant to convey the company’s growth and prosperity.

People got a new emoji and plenty of memes with the new logo. The logo redesign was nothing but a design disaster. Pepsi still uses this logo on its products despite being criticized by consumers as well as branding experts. 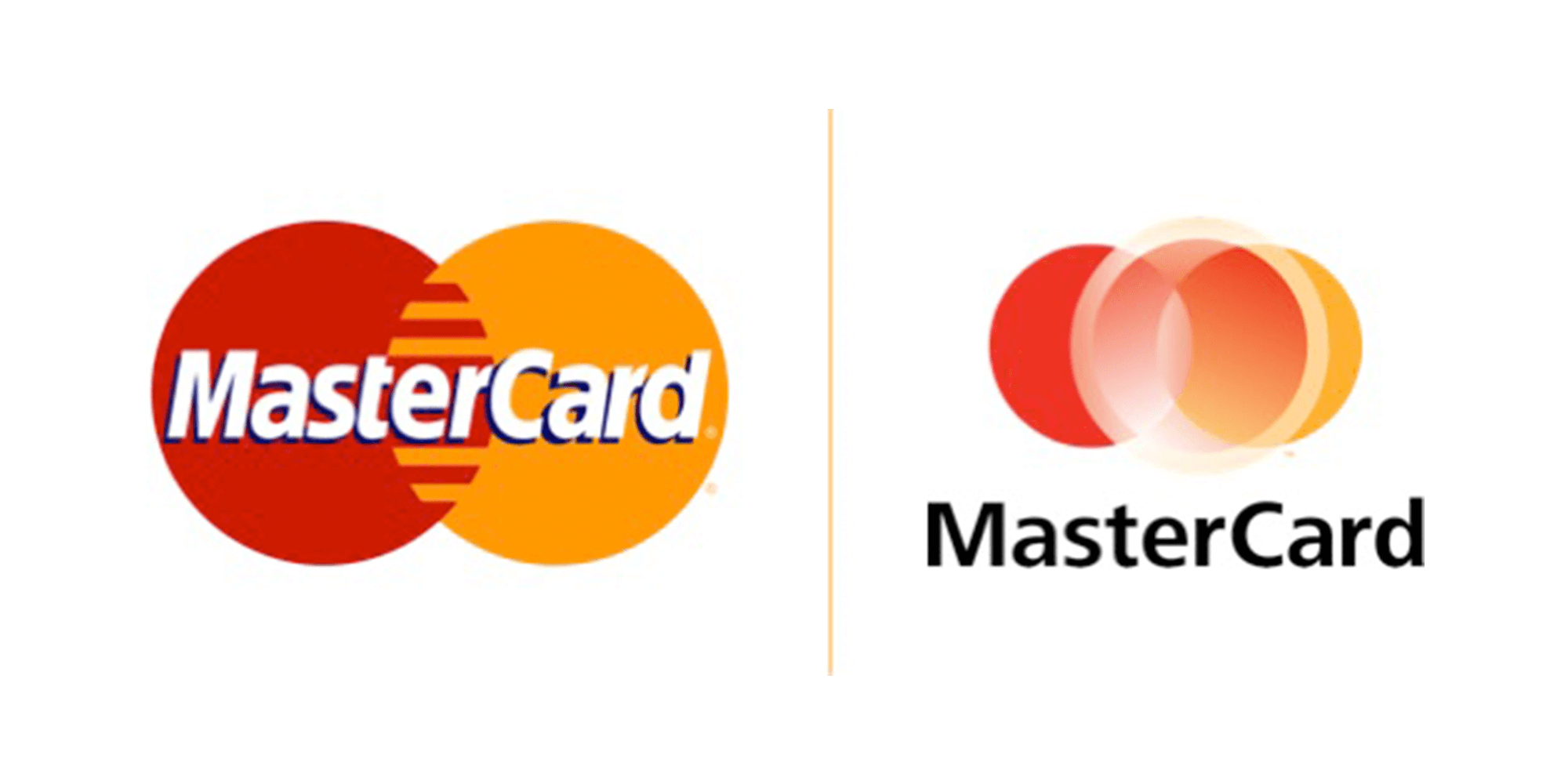 The original MasterCard logo was one of the most iconic and recognizable logos ever made. The reason why the MasterCard logo was so amazing was that it was made extremely simple and memorable. When companies choose to change the design of their logo, they mostly try to simplify it.

In 2006 MasterCard changed its logo, which was disastrous. Their iconic interlocking circles were replaced by three circles, with the one in the center having a primitive gradient. The circle which was on the top was off-center. Through the new logo, the brand wanted to communicate their values of advancing relationships, commerce, and insight more prominently.

From a design perspective, this logo looked sloppy and rushed. The core of the rebranding process excluded audience consideration and failed to take customer loyalty to the current brand into consideration. 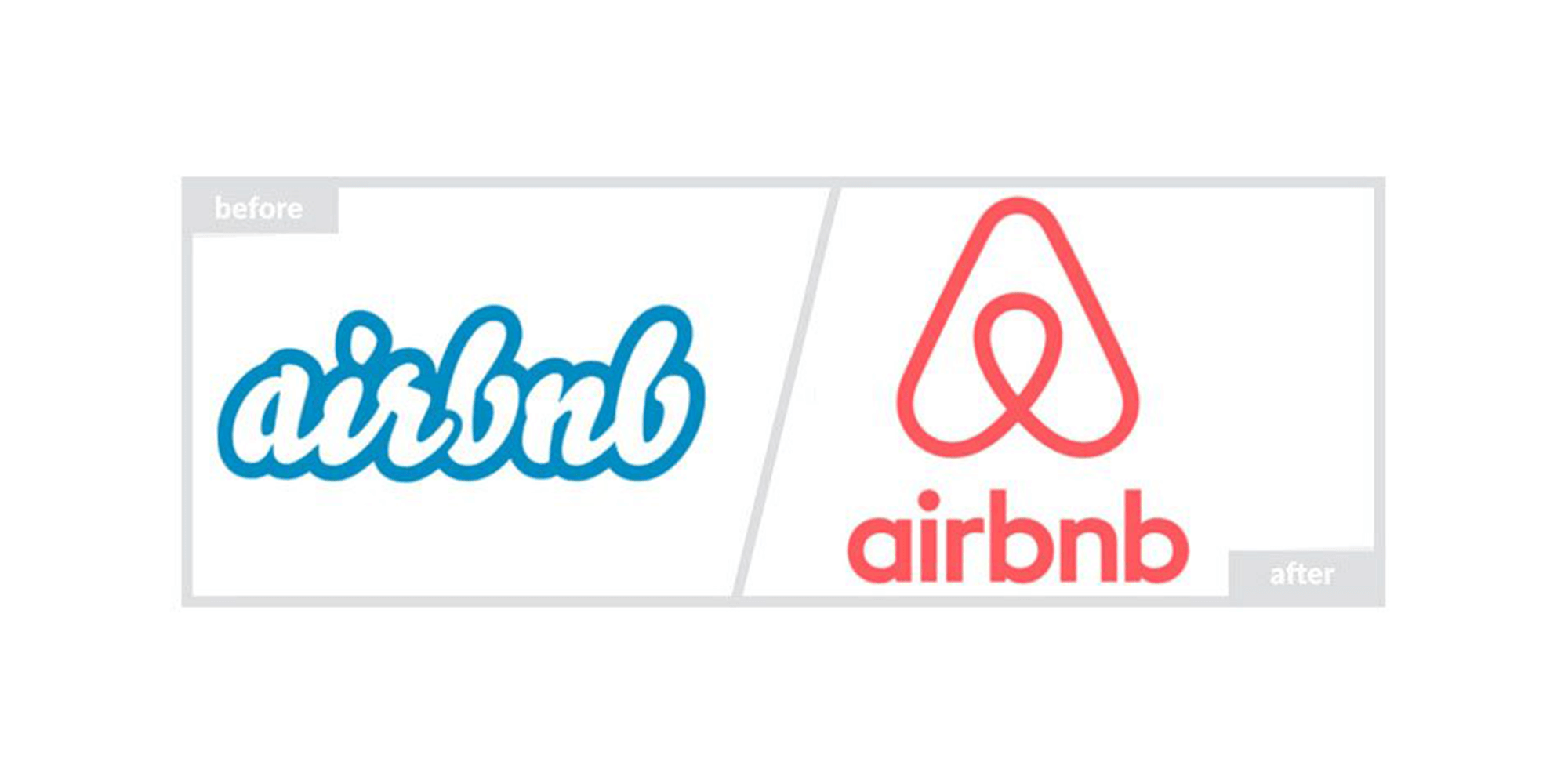 Airbnb is a brand that rents out lodgings. It started its operations in 2008 and has become incredibly popular worldwide.

As part of the rebranding campaign, Airbnb introduced a new logo, which they named “Belo.” The logo was widely criticized for being obscene and sexually suggestive, which the designing team almost certainly didn’t intend. Moreover, Airbnb’s logo also resembled the logo of Automation Anywhere.

The company invested a lot of money on the rebrand along with a lot of emotional effort but received backlash from the consumers. 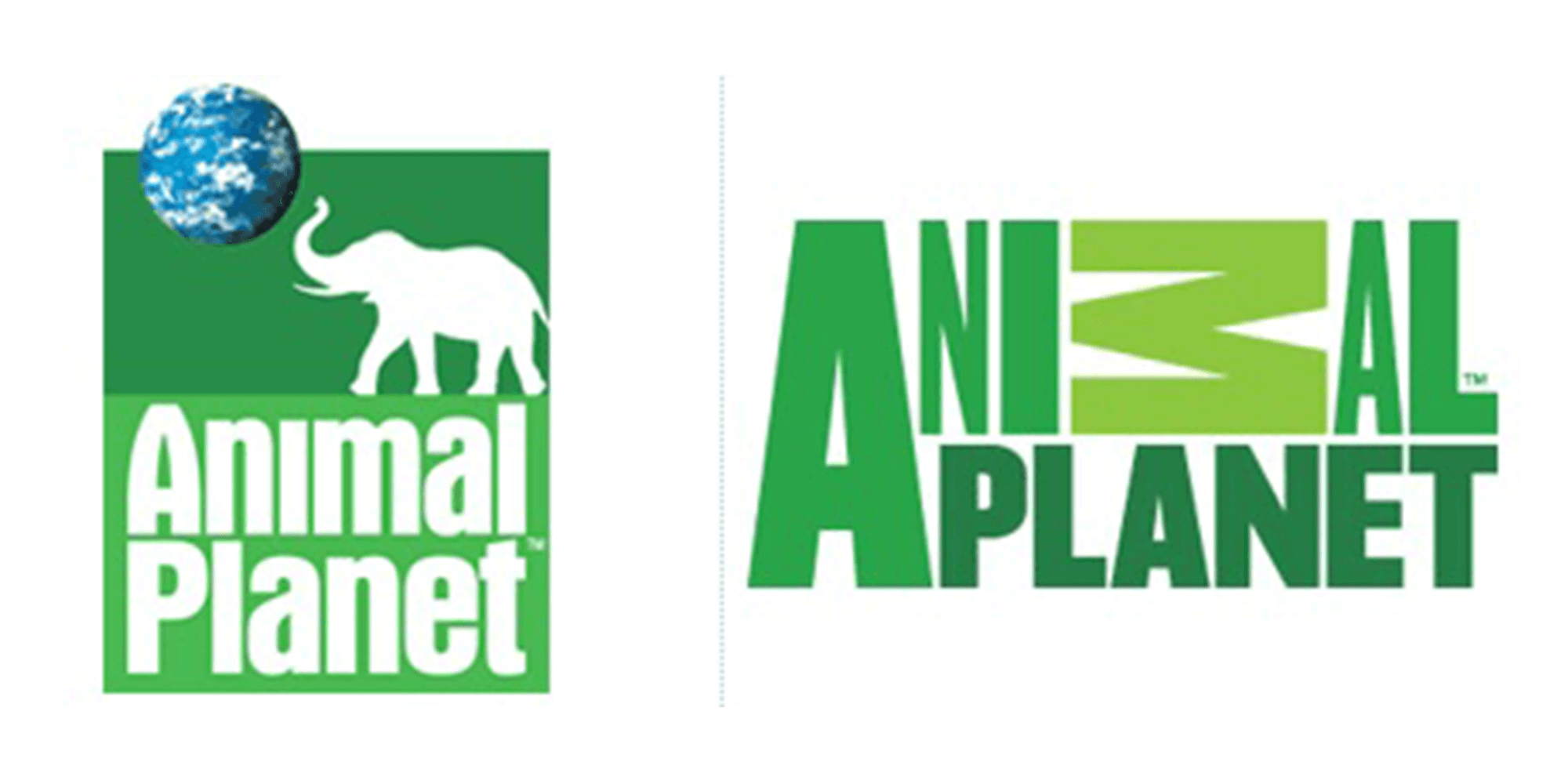 Animal Planet’s classic and very popular logo had an elephant under the small planet earth in the upper corner. The logo was simply adorable with simple font and silhouette of the elephant. It represented the brand for many years. The logo was memorable, and people had an emotional connection with the logo.

When the channel rebranded, they had their new logo with the “M” in animal turned sideways. It had a completely different concept. The horizontal M of the logo was meant to serve as a unique element of the logo, but it failed to impress as it didn’t make any sense. Viewers found the text as a jumbled mess. The logo confused many viewers who thought that ‘M” was an algebraic symbol. The logo lost its touch from the old logo due to the absence of the planet, which used to be the primary element of its previous logo.

The most recent version of the logo is a blue emblem that attempted to bring its original elephant back.

Rebranding and redesigning your logo is a big thing. Depending on the size of the company, it can cost you a fortune. Some of the above logo failures were revised, while others weren’t.

Before redesigning, ask yourself – do you really need a rebranding? If yes, keep the primary identity of your logo intact. The key lesson to remember here is that not all logo redesigns can work well. Before you start with the redesign, it is first essential to analyze the market and find out an objective.

To design a successful logo, you have to go inside-out. As a brand, you should first understand what you would like to communicate to the world. Your logo design should be able to convey the purpose of your brand in the simplest way possible. Remember to test your new, redesigned logo before the official release.

Working with professional designers can help your business ensure you get your logo design right the first time. ProDesigns is an expert in logo design our experienced designers crafting perfect logos for various brands.

Get in touch with us through hello@prodesigns.com to know more about our services.

Nidhi is working as a content and brand strategist at ProDesigns - a graphic design company, recommending strategies to meet customers’ goals and deliver a superior user experience. She provides content leadership, ensuring that a consistent brand message is delivered to the audience.
Contact